I See, see, that One Day International Cricket needs some serious changes. So I took it upon me to save ODI cricket from its early death. My views have been approved by an imaginary board. It’s quite the same as imaginary views being approved by a real cricketing board.

Here is the list of a few minor, major and utterly mandatory changes :-

01. The captain who loses the toss, buys the opponent’s playing XI dinner on the night of the game. If he loses, it will be good for him, as the winning captain has to sponsor the opponent’s XI’s lunch the following day. ICC and boards see this as a way to cut their own expenses. ECB were happy at this.

Note – M.S. Dhoni quoted “Well of course, winning is important, irrespective of the toss” in satisfaction of the law.

02. There will be a two minute mandatory break in each innings after the 25th over. This is a dedicated time for the teams to play dodgeball. Fielding XI forms a circle of 15 yard diameter, and the two batsmen who’re playing must play dodge. If they’re hit in the 2 minutes, they’re out. This dismissal will be termed “Hit Out”, and will be credited to the fielder who hit the batsman. For a brochure of complete rule-set, it can be obtained from the patent owner, me, upon request.

Note – HotSpot will be applicable here, its applcation will be decided by 3rd umpire. BCCI are not yet happy about this.

03. Each team will have 2 reviews under UDRS, but their request will be put forth only if they can recite a tongue twister 10 times within 25 seconds to the bowling end umpire. The tongue twister will be of the umpire’s choice. This is to reduce the number of referrals made, if not eliminate.

Note – Michael Clarke has filed a request to the ICC to not allow Australian matches to be umpired by BOTH Aleem Dar and Asad Rauf.

You may have one heart, but you have two legs. Better deal!

Note – BCB announces double money payback to anyone who is willing to return their merchandises, waist below.

05. An innings is for 3.5 hours. Now on, there won’t be any fine for exceeding the time limit. Just, the bowlers must bowl with their wrong hand.

Note – E(&W)CB awards permanent contract till retirement to Samit Patel, assuring him a place in the playing XI. 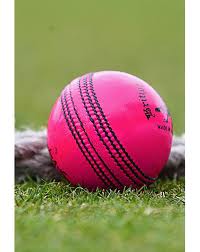 Endorsed by Barbie and approved by Inspector Jacques Clouseau.

06. As the game has become very colourul, we have decided to add some more colours to the game. Bowlers will now bowl each over 3 different coloured balls. If x,y and z are the colours, the over will be bowled in xyzxyz order.

Note – Batting team can decide the colour of the ball. For England, pink is mandatory.

07. For the first time in any sport than includes hurling a ball at someone else, there will be the introduction of the concept of “Money Ball”. Inspired and adapted from the NBA, this gives you double benefits. Each bowling team gets two Magic Balls each innings, the captain is free to opt for it any time in the innings, but they must be exhausted in the 50 overs. If the bowler picks a wicket, the next batsman on the officially declared batting order is Magicked Out, and cannot bat. Two wickets. One ball. You only dreamt of it. Batsmen will similarly double whatever they score off the Magic Ball.

08. Any commentator who gets a feeling of any kind while on air will be given free treatment at a local hospital far away from the ground for 6 months, and be sanctioned medical-leave for the period. This is to let the world knows that ICC cares for the welfare of their presenters.

09. ICC has recruited and contracted Russel Peters to every possible ODIs that are played around the world for conducting the presentation ceremony. An office bearer said “We want the people to stay for the presentation ceremony. The people who conduct it now are so predictable. My dog knows what lines are coming up.” Russel Peters is ready for the task. He said in an exclusive interview, “Each player summoned to the dais must start with a ‘Your momma is so fat..’ joke.”

Note – ICC mentioned that it will impose a fine of upto 1 match ban on players who opt for “Well of course, your momma is so fat.”

10. As many incidences have come up, and many have mentioned the need for it officially, since it is unofficially happening anyway, we have decided to legalize ball tampering. Ball tampering has been defined as a “one time 30 second long act in making allowable alterations to the surface of the ball, without disfiguring the shape of the ball, with whatever means possible, in front of both field umpires and under the vigilance of a spider camera”. It will be allowed only to those bowling teams who employed only fast bowlers in their first 15 overs, with a second slip always present during the period, and no player making a visit to the dressing room until the point of time when the allowance is made by the on-field umpire (only after 38th over). This is to make sure that the fast bowlers are sufficiently utilized at the beginning itself, and also that nobody brings in extra tools for any disfiguration.

Note – “fast bowlers” is a list of literally fast or medium fast bowlers, and does not include Keiron Pollard or Paul Collingwoord. Jade Dernbach has been sent a list of rules to abide by for the first 15 overs to help his team avail this offer.

Let Glory Be Restored To ODIs